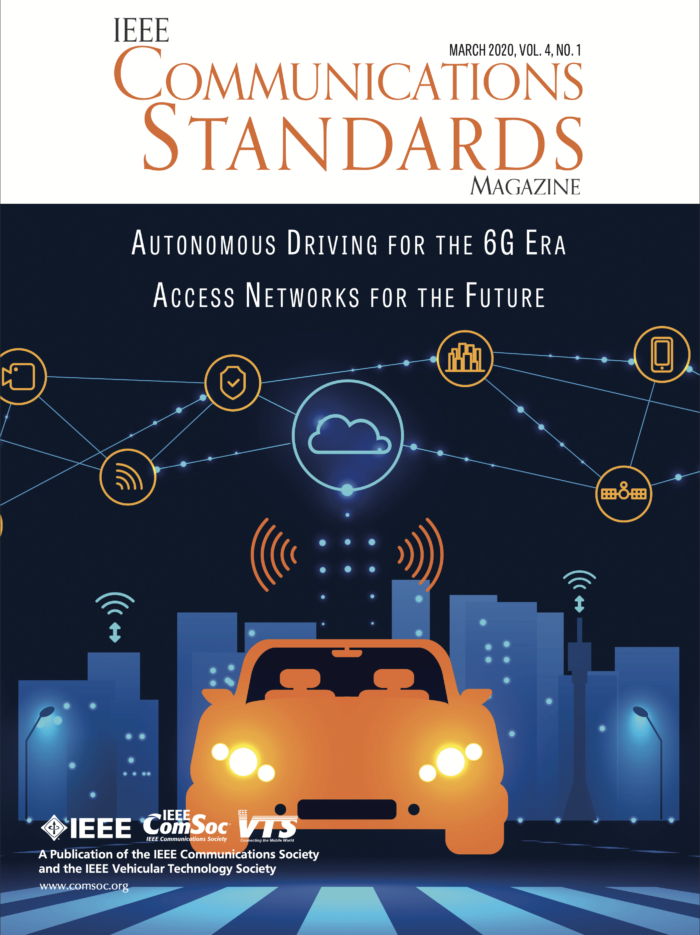 The March 2020 version of IEEE Communications standards had a joint focus of: “Reshaping Autonomous Driving for the 6G Era” and “Shaping The Access Networks For The Future”. Three of our team members co-authored one of the access networks articles, entitled “Increasing Broadband Reach With Hybrid Access Networks” 1

“End users and governments are forcing network operators to deploy faster Internet access services everywhere. Access technologies such as FTTx, VDSL2, and DOCSIS3.0 can provide such services in cities. However, it is not cost-effective for network operators to deploy them in less densely populated regions. The recently proposed hybrid access networks allow boosting xDSL networks by using the available capacity in existing LTE networks. We first present the three architectures defined by the Broadband Forum for such hybrid access networks. Then we describe our experience with the implementation and deployment of Multipath TCP-based hybrid access networks.” – from the Abstract

High speed broadband still not available to everyone

Despite the proliferation of broadband access technologies and the increase in speed that those technologies offer over earlier versions, not everyone is able to access decent broadband speeds or even their governments’ speed targets.  NGA or next generation access networks have been rolled out but it takes a long time and in some areas, it has proved too expensive. Whereas FTTH and Docsis 3.0 might not be available to everyone, LTE networks are more or less ubiquitous but are limited and were not designed to handle the growing volumes of traffic we are now seeing.  Hybrid access networks, where two or more  networks are combined, are seen as a solution to this problem.

Hybrid Access Architecture was standardized by the Broadband Forum (TR-348) but there are different approaches to fulfilling the requirements: a layer 3 approach known as GRE tunneling and two types of deployments  based on Multipath TCP (MPTCP) which operates at layer 4.

GRE tunneling has a hybrid CPE or HCPE which is addressable over two IP addresses but these IP addresses are not exposed to hosts, they are only used to make tunnels towards a hybrid access gateway or HAG. Both the HCPE and HAG can use per-packet load balancing.

The paper describes MPTCP in some detail, an extension of TCP that allows for packets to be conveyed over more than one TCP connection known as subflows. MPTCP, being a layer 4 solution, takes full advantage of underlying TCP mechanisms such as the three way handshake and optimisations such as TCP congestion control. The two MPTCP approaches, Implicit and Explicit mode are then described.

Implicit mode involves a transparent proxy in the HCPE and the HAG of the operator network which allows hosts to connect over two connections to the Internet.

The figure below shows the performance of an off the shelf CPE, a Linksys WRT1200 AC with a Marvell Armada 385 CPU clocked at 1.33 GHz. We can see the efficiency of the MPTCP based hybrid access solution with a variable difference of latency between the LTE and the DSL networks. The total throughput on the y-axis and the maximum possible throughput (DSL + LTE) on the x-axis.  We see that MPTCP is over 90% efficient at 20ms latency between DSL and LTE. This 900 Mbps has been achieved with a CPU usage of about 80%. 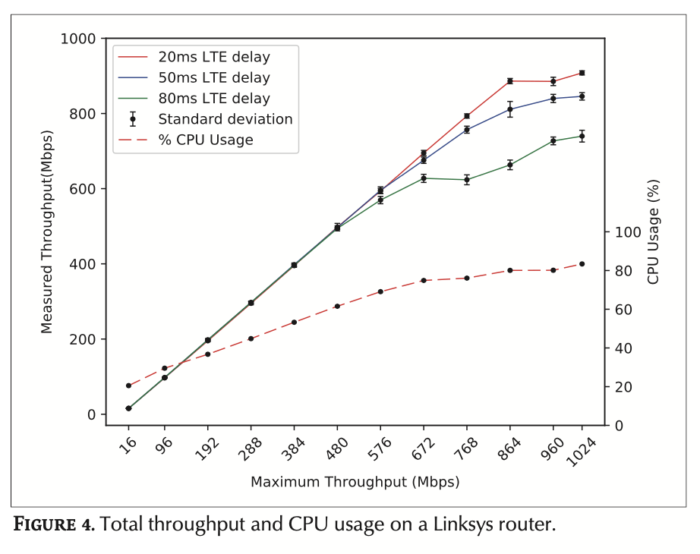 In the figure below, the HAG side of the solution, we can see that the CPU of the HAG (top chart) never exceeds 25% utilization despite serving 7,500 customers at peak time. This example is from a commercial deployment in Europe on a normal weekday evening. In the bottom chart we can see that the HAG received 10.2 Gbps of traffic at peak time and distributed that to end users over DSL (labeled cpe Outbound) at 5.79 Gbps and LTE (labelled lte Outbound) at 4.82 Gbps. 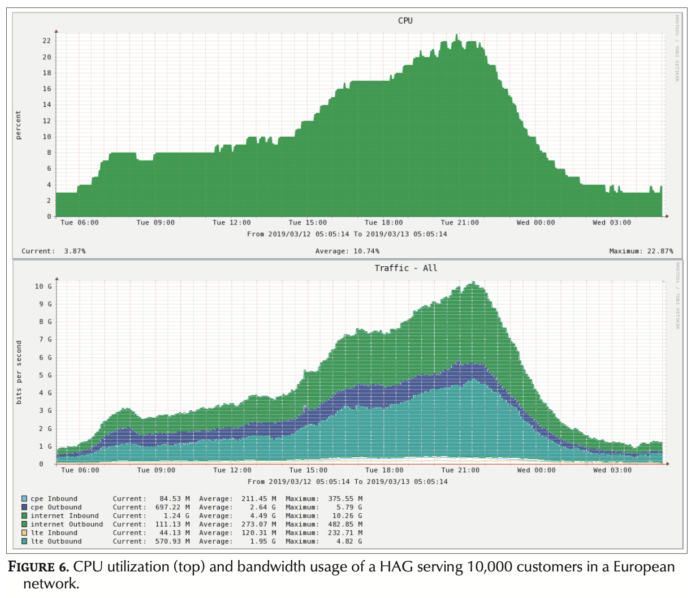 Explicit mode still provides a transparent proxy at the HCPE end but differs in that the HAG is directly addressable via an IP address over the xDSL network. When the HCPE receives a connection establishment packet from a local host, it sends an MPTCP connection request packet towards the address of the HAG and puts the address of the remote server inside the payload of this packet. This is based on the 0-RTT Convert protocol which is being finalised with the IETF.

Tessares has a lot of experience in the commercial deployment of implicit mode MPTCP hybrid access and the remainder of the paper goes on to relate our experience so far. These have enabled hybrid access networks made up of a DSL primary and an LTE secondary network to boost the speed for the end user while maintaining a DSL first policy. The technology is generic meaning that any IP based traffic can be used.

Recently, the 3GPP has decided to re-use the 0-RTT convert protocol to support ATSSS – Access Traffic Steering, Switching and Splitting which will allow 5G to be combined with other access technologies such as Wi-Fi and satellite.

If you would like any other information about Tessares’ products that leverage the unique capabilities of MPTCP, please do not hesitate to contact us.