Since iOS9, Wi-Fi Assist monitors the quality of the WiFi and cellular networks and automatically selects the best one. Users don’t need anymore to manually disable WiFi when it becomes lousy or overloaded. For simple applications, switching from WiFi to cellular or the opposite requires to restart the existing TCP connections. This takes some time and impacts user experience. With Multipath TCP, this handover is smooth and the TCP connection continues over the newly activated interface without any visible interruption for the user.

Every year, Apple provides updates on the new features of its software during the WWDC conference. The last one took place a few weeks ago in California. Here are the highlights for the networking part.

First, WiFi assist has been heavily improved. It now collects information from both the lower layers (WiFi and cellular), but also from other parts of the networking stack to better detect when a network becomes less responsive. Applications can benefit from the assistance of WiFi assist by using the standard Apple API. 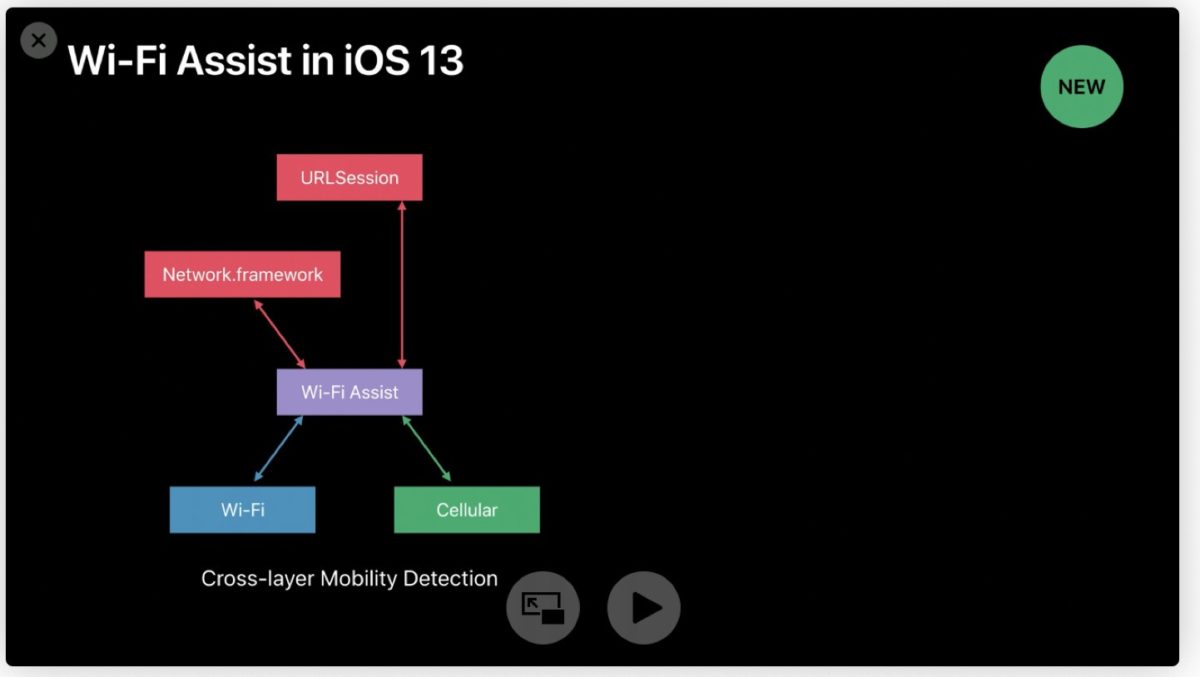 The second type of improvements are related to the multipath transports and Multipath TCP in particular. Given the excellent results obtained by using Multipath TCP and Siri, Apple engineers have analysed their other applications to determine the ones that could the most benefit from Multipath TCP. The first candidate is Apple Maps. Users often need to use Apple Maps while walking and Multipath TCP enables them to ignore the handovers from WiFi to cellular and vice-versa to preserve a good user experience. 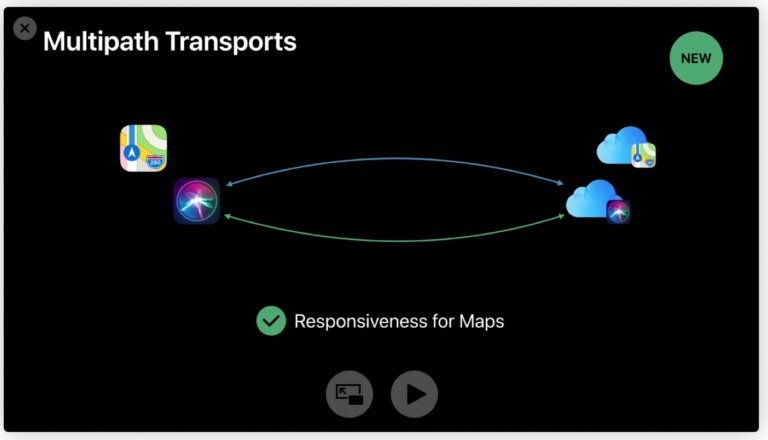 Furthermore, iOS13 will also leverage Multipath TCP to improve the user experience with Apple Music. While walking, but also in trains and other vehicles with changing connectivity, users expect their streaming music to never stop. They don’t want to have to manually switch from WiFi to cellular or the opposite to simply listen to their preferred music. Thanks to Multipath TCP, they benefit from seamless handovers and improved user experience. 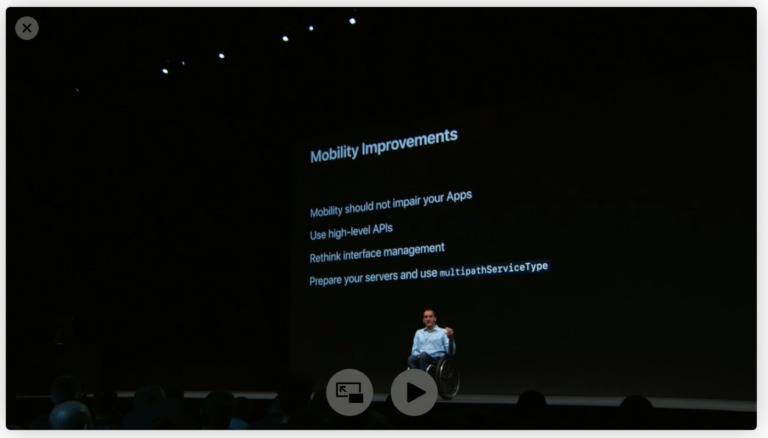 With Multipath TCP, iOS applications can provide a much better user experience provided that their server infrastructure has been enhanced to use this new protocol.

The entire networking session is available from https://developer.apple.com/videos/play/wwdc2019/712/?time=3166 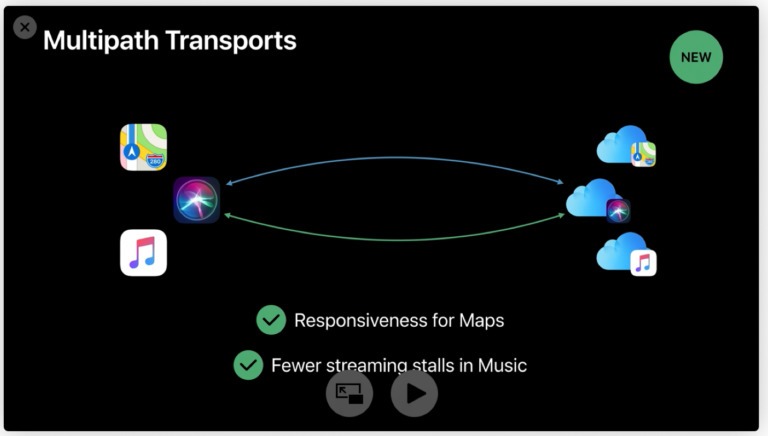 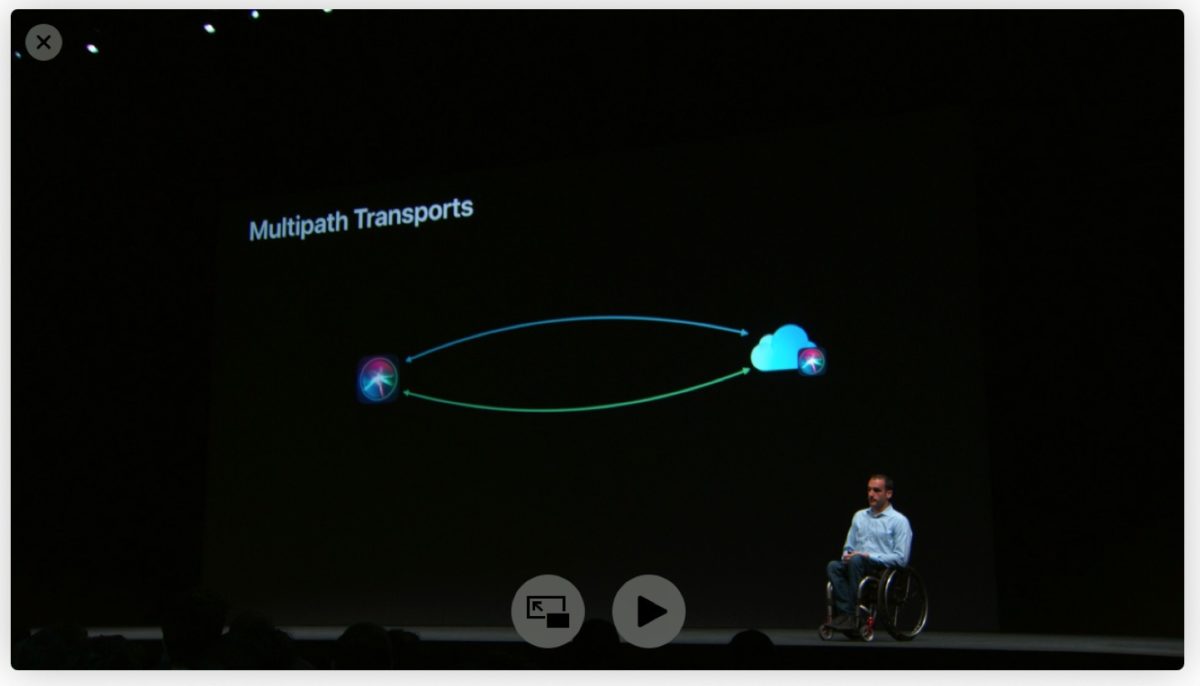